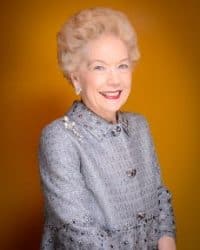 Susan is one of Australia’s leading philanthropists. She has made a significant contribution to medical research, particularly Type 1 diabetes, and other charities over her successful business career.

A passionate Western Bulldogs fan, Susan was in the Footscray Cheer Squad as a teenager and desperately wanted to play football. As a young girl, she had to settle for informal cheer squad games as there was nowhere for girls to play competition footy.

Susan has supported women’s football for many years and was a key driver behind the development of AFLW, which she continues to be involved in. She served four terms on the Western Bulldogs’ board and was Vice-President when the club won its historic second premiership in 2016.

A current Director of the Western Bulldogs Forever Foundation, Susan is a passionate advocate of the important role fans play in the fabric of AFL life.

"I am looking forward to officially be a strong voice for fans across the men's and women's competition," she says.

"Some of my most precious football moments have been sitting with the Bulldogs cheer squad in the outer. I understand the power of the game to unite our community and we need to continue to ensure it is accessible to all."

AFLFA President Gerry Eeman says he is thrilled that Susan has chosen to support the AFLFA in its efforts to give supporters a genuine voice.

“Sue is a fantastic footy person who genuinely cares about fans,” he says. “We are so pleased to have her on board. She’s a person who has spent her life making a difference.”