AFL Fans Association President Gerry Eeman was interviewed on SEN SA about the prospect of a change to the start time of the AFL Grand Final.

Gerry was clear in his statements: the AFL Fans Association follows the mandate of the fans which has been garnered through numerous polling. An overwhelming majority of fans want the time to stay at 2:30pm - i.e. 'the traditional time-slot'. He stated this position is not based on 'ideology', but rather a desire to articulate the interests and wishes of serious fans in a clear way: in this case, it is to prioritise the start time of the Grand Final staying as is.

Most fans are happy with when the game is held and Gerry sees no need for the AFL to follow the US-based NFL in their holding of their main game at night. Moreover, Gerry asserts that it is important for the AFL to respect the interests of its main stakeholder (the fans) rather than pandering to the interest of viewers who may only tune into the game once a year.

The interview is available here. (Gerry's interview was on 11th March 2019)

AFL Fans Association @FansAFL
Monday, January 18th, 2021 at 10:11pm
Hawthorn president Jeff Kennett says Victorian AFL grounds should be up to 50 per cent full for Round 1.
Do you agree and are you concerned at all about the safety of attending an AFL game? https://t.co/yJq3ke8He3
View on Twitter
0
7

AFL Fans Association @FansAFL
Sunday, January 17th, 2021 at 11:38pm
The AFLW pre-season is underway but already there has been a serious injury with GWS Giants’ Irish recruit Brid Stack sent to hospital due to spinal precaution protocols. Best wishes for a speedy recovery. https://t.co/n2sLskVZ9W
View on Twitter
0
1

AFL Fans Association @FansAFL
Sunday, January 17th, 2021 at 4:55am
A rousing speech from captain Kara Antonio was just one of many moving moments as Fremantle’s AFLW players gathered at sunrise at Fremantle Oval for a smoking ceremony. https://t.co/bF4PZ3p20n
View on Twitter
0
6

AFL Fans Association @FansAFL
Saturday, January 16th, 2021 at 12:54am
Thank you to the 13,194 AFL fans who follow us on social media platforms. Help us give all 30 million* fans a voice. The larger we get, the louder our collective voice becomes in the game we love ❤️ Retweet our posts or become a free member at https://t.co/OuT5sIcW1N https://t.co/UtsCvyZx3r
View on Twitter

In reply to
Thursday, January 14th, 2021 at 5:47pm
Thanks for all your responses to our call out for the big issues of 2021. We will note them and compile a list to help guide us this year. Feel free to add any more below...
View on Twitter
0
4

In reply toAndo
Thursday, January 14th, 2021 at 5:35pm
@Tigers_of_Old We are certainly looking at the gambling issue as many fans worry about the level of advertising.
View on Twitter
0
1

AFL Fans Association @FansAFL
Thursday, January 14th, 2021 at 12:17am
The AFL Fans Association enters its 8th season of giving fans a voice in 2021. What do you consider are the 3 biggest issues in footy at the moment from a fan’s perspective? Important fan issues could be positives to fine tune or constructive to make supporting more enjoyable.
View on Twitter
11
34 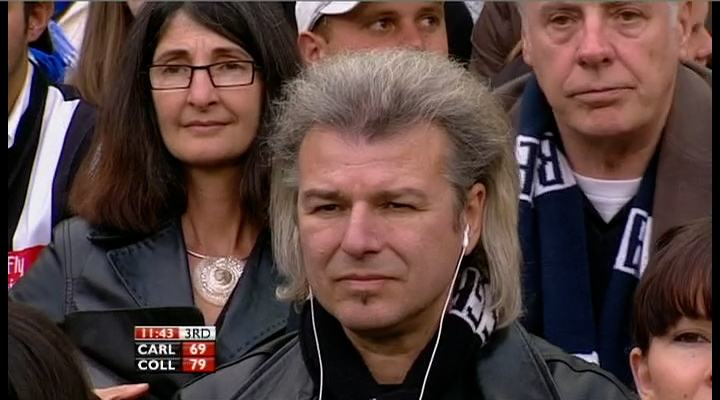 Collingwood FC @CollingwoodFC
Preparing some historical content for the season and we've come across this outstanding mullet from 2010.

In reply toFearny Fearn 🖤🤍🌈🦄🦔 I ❤ AFLW & VFLW
Saturday, January 2nd, 2021 at 9:21pm
@fearnyfearn172 Welcome Fearn! We are delighted to have you on board and look forward to working with you.
View on Twitter
0
1
Follow @FansAFL